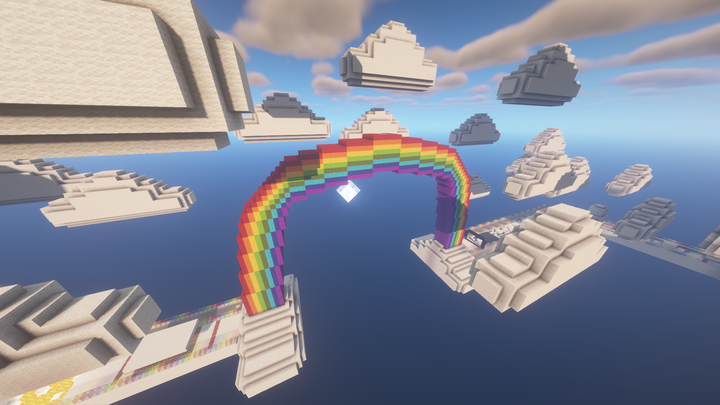 Once upon a time, The Hive was on Java edition. My favourite game on the server was Deathrun, I liked it enough to want to build my own map. In 2018, I built the map and uploaded it to Planet Minecraft. But...I'm not entirely sure it worked (sorry if you played it and it didn't). Now, four years later, I have updated it, made sure it works, added more, and made a plugin with additional features. 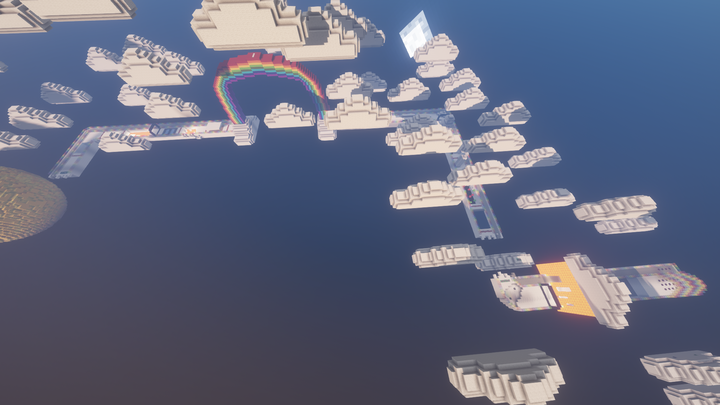 It's imporant to read all the signs for things I might've missed here. 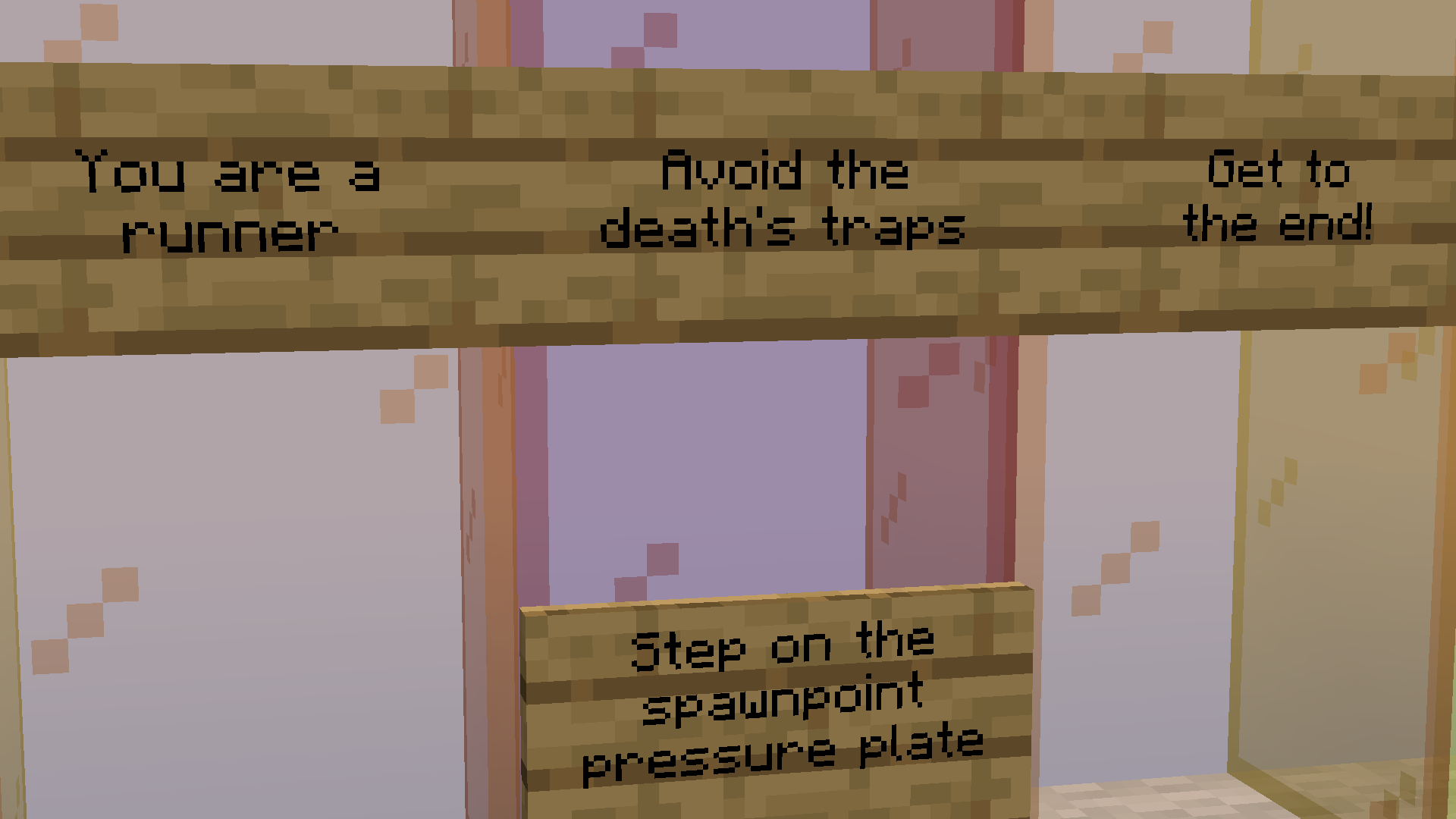 Once everyone is ready, someone can press the 'Start Game' button at the cloud lobby. This teleports everyone to the starting area, and randomly picks a player to be death. 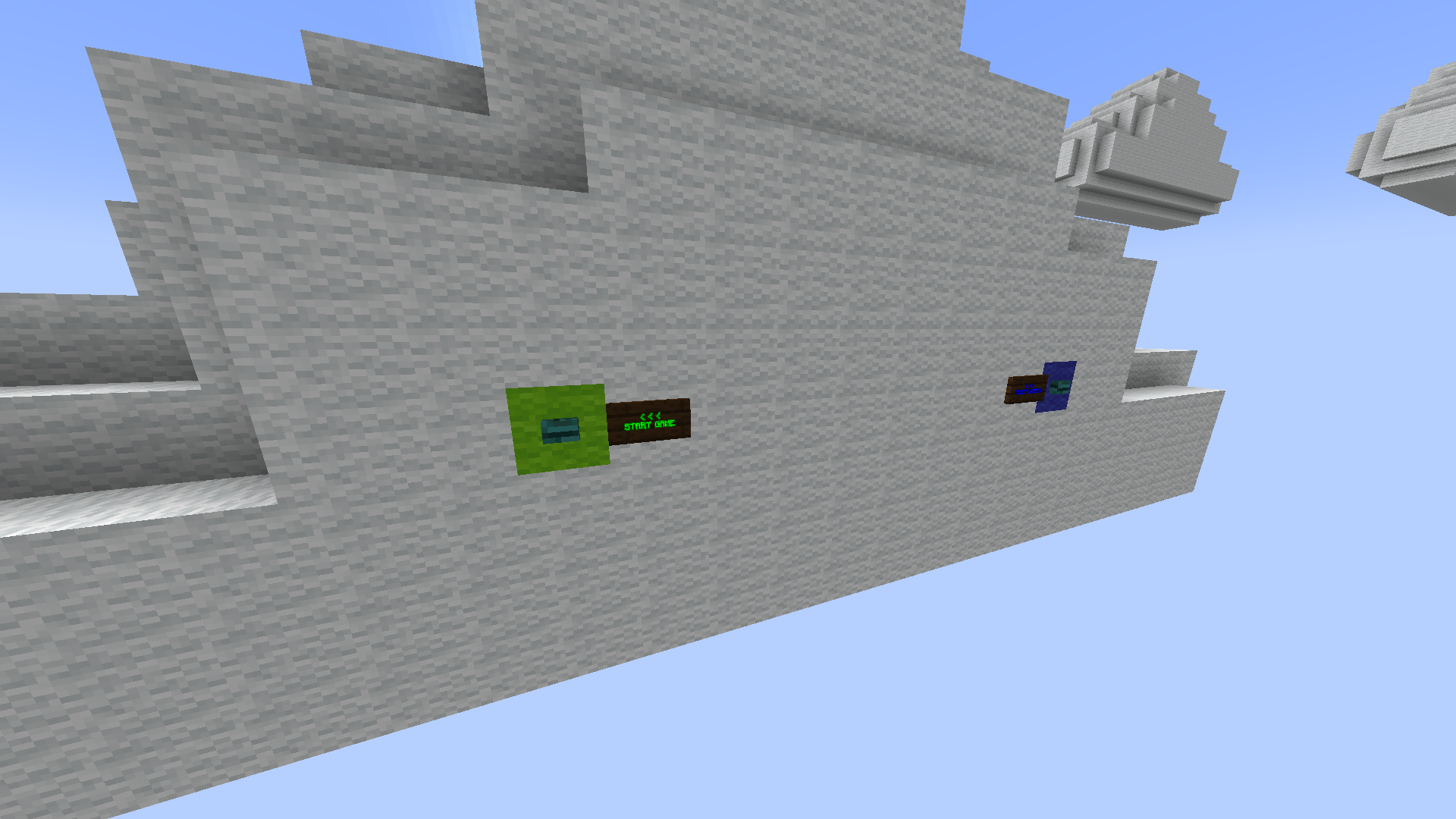 RUNNERS: the people trying to get to the end of the map first by safely traversing the 21 traps.

The first runner to jump into the sun and press the button is the winner! 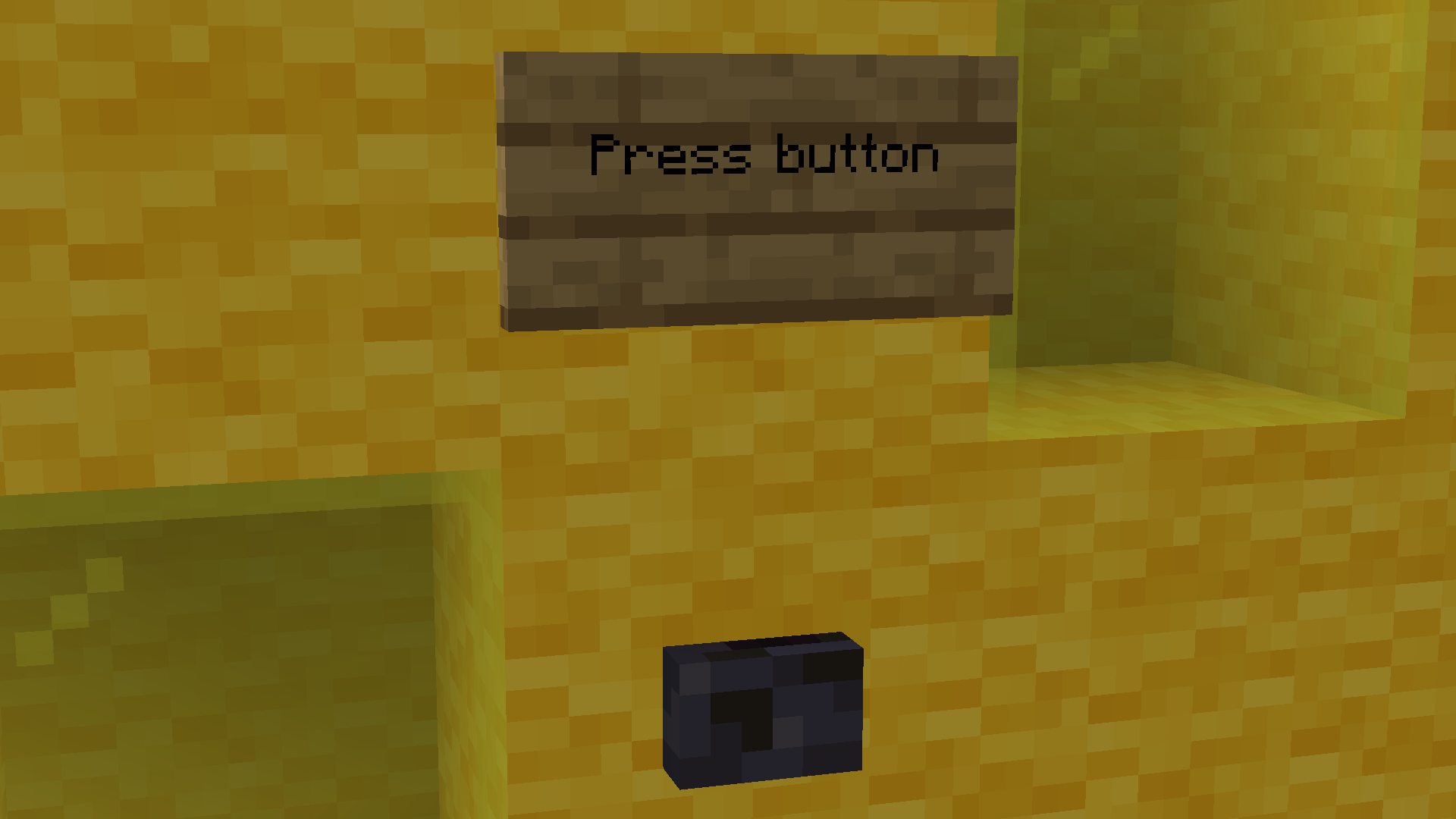 DEATH: the person trying to stop the players from reaching the end by activating traps

Each of the 21 traps (except the natural ones) has a button to activate it. 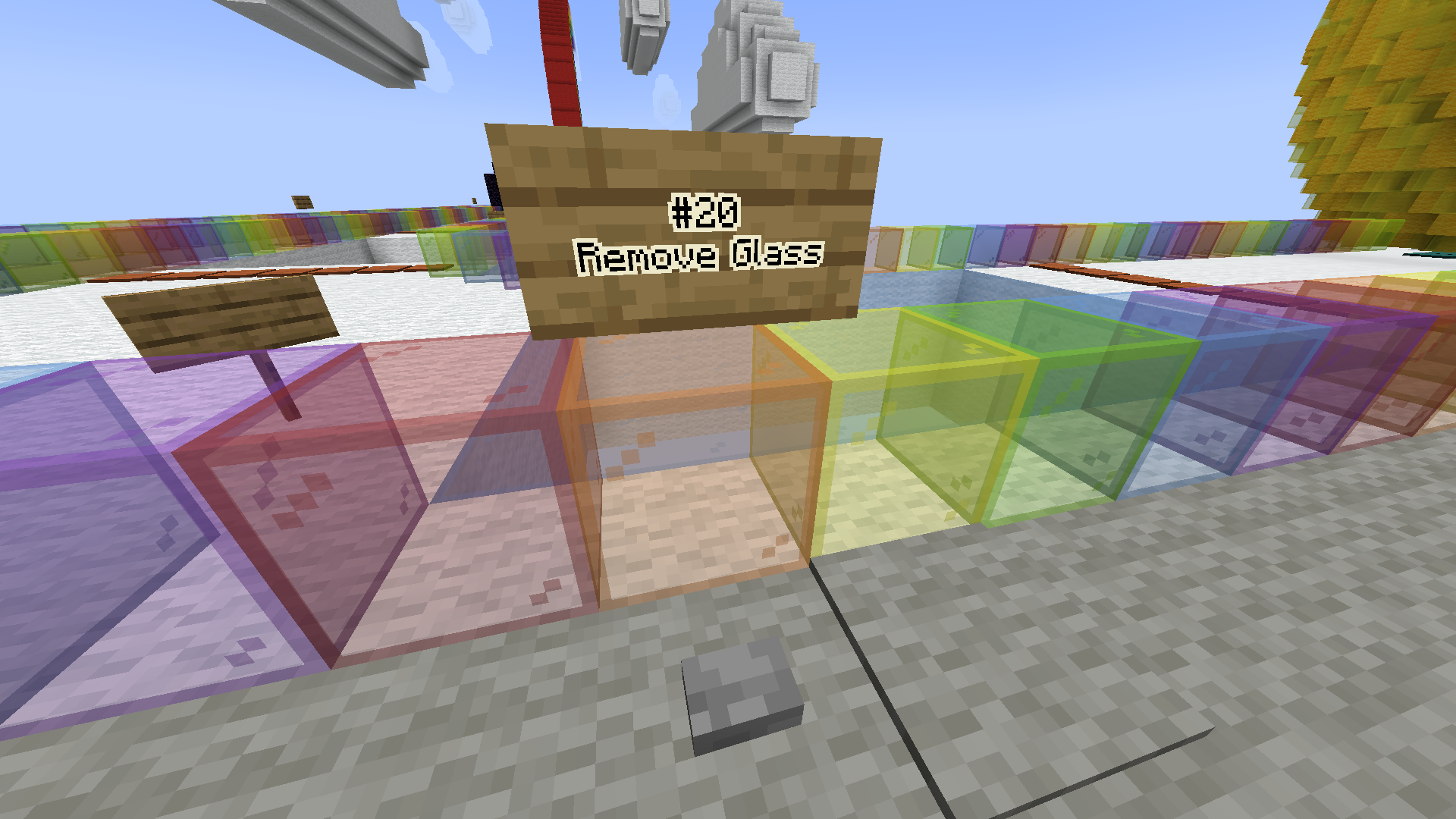 The plugin is NOT required to play the game.

Deathrun+ is a spigot plugin that adds a few additional features to Deathrun. I don't feel like putting it on the Spigot website, so you'll need to know how to put in on your server a different way.

(Only death can use this command.) Opens a menu that lets Death teleport to any trap. 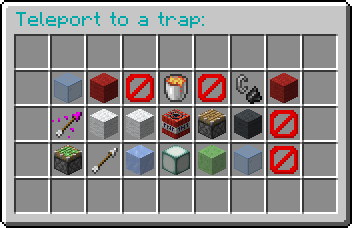 Teleports the player to the lobby